Because of the lack of street signs, reckless drivers and lack of proper highway signalization, it is not advised for first time travelers to rent a car and drive in Costa Rica. However some people feel much more comfortable driving than using private transfers or public transportation. For this purpose, several internationally known car rental companies operate in Costa Rica and provide affordable services.

Thrifty
With offices in San Jose and Liberia, Thrifty offers a varied array of rental options including economy, compact, midsize and SUVs.

Adobe
The largest car rental company in the country features the youngest fleet of cars in Costa Rica and offers amenities like zero deductible insurance and free delivery to hotels near the main offices.

Alamo
Alamo prides itself in offering a car for every customer. With endless choices that range from compact cars to Premium 4x4s they also have some of the best insurance policies in the business.

The two most popular cars people rent in Costa Rica are the Tucson and the Rav4, both of which offer enough space and have the capability to traverse on Costa Rican’s trickiest terrains. It has to be said that before you think of renting a car you have to keep in mind that you need a valid driver’s license and should also rent a GPS. 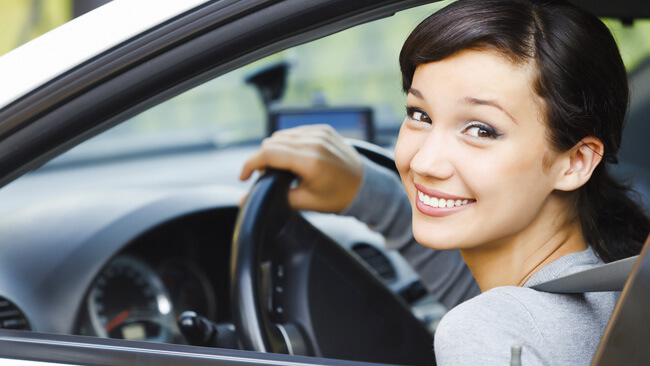 Nothing beats the thrill of hitting the open road and exploring a new destination by car, and this is especially true in Costa Rica. Boasting some of the most spectacular scenery in the world, Costa Rica is the perfect place for an adventurous road trip. Some of the country’s most famous destinations—such as the lush mountain paradise of the Monteverde cloud forest reserves—are sometimes only accessible by four-wheel drive vehicles (usually deep into the rainy season). This makes driving the ideal way to get off the paved roads and discover a whole new world of tropical excitement.

Rules of the road

Compared to some other countries, Costa Rica has a relatively lax approach to highway regulations. Speed limits are posted on the busier highways, but such guidance is usually a mere suggestion on rural backroads. However, there are some crucial points to be aware of when driving in Costa Rica.

The first is that you should always carry both your current (valid) driver’s license and your passport when driving in Costa Rica. In the event you’re stopped by police or involved in an accident, this documentation will often be required. If you don’t have it, you could find yourself in hot water with the authorities.

Another important point that many tourists are unaware of is that, in the event you do get into a fender-bender with another vehicle, you must not move your car until instructed to do so by a police officer. If you move your car without authorization after an accident, there could be potential legal ramifications. Some say it implies that you are the guilty party. This rule has changed slightly for less serious accidents; now you can take pictures with your smart phone and move cars out of the way of traffic while you wait for police.

You should also wear a seatbelt at all times when driving. This isn’t just good sense, it’s also the law, so buckle up before venturing out on your vacation into the Costa Rican countryside.

Even if you’ve visited Costa Rica before, it pays to be cautious when driving here. In rural areas, roads can become particularly narrow and blind corners are common. Even if roads aren’t particularly congested, it’s best to drive at a safe speed and exercise caution.

First-time drivers in Costa Rica may want to stick to daytime driving. Driving at night can be riskier, as few rural roads have overhead lights. If you have to drive at night, try to avoid long journeys, especially trips that take you to areas you haven’t visited before, as this can minimize the chances you’ll be involved in an accident or get lost. If you plan on crossing any borders to Panama or Nicaragua, bear in mind that they open at 6am and close at 6pm, so don’t count on showing up there during night time.

Avoid leaving anything of value in your car when parked. Although Costa Rica has a relatively low crime rate, opportunistic thieves will often target unsuspecting tourists, so employ a “better safe than sorry” policy when leaving your vehicle.

Once you venture out into Costa Rica’s more rural areas, gas stations can be hard to find. To complicate matters, signage advertising fuel stations is uncommon, so try and ensure you’ve got at least half a tank of gas before making your trip unless you definitively know where a gas station is located.

During the green season, some roads are impassable due to landslides, flooding and muddy conditions, so double-check your route depending on when and where you plan to visit. Also, keep an eye out for animals—many roads are surrounded by dense forests, and creatures often walk out into roads with little warning.

Another tip to remember: it’s best to steer clear of the Central Valley. Traffic congestion here can be intense with more than a million people commuting between east and west San Jose every day.

For great real-time feedback on traffic use Waze, a free app available for any smartphone. It’s very popular in Costa Rica and a lot of users report accidents and traffic jams, so you have some flexibility on which road to pick when driving.

Driving in Costa Rica can be an adventure in itself, and the views from some of the lesser-traveled highways and backroads can be amazing. If you’re visiting the Arenal Volcano area from the Central Valley, you might opt for an exciting drive via Poas Volcano and visit stunning La Paz Waterfall Gardens on your way. Another remarkable site you shouldn’t miss out on is the Cerro the la Muerte pass. If you’re going to the South Pacific from the San Jose area this drive offers impressive views of the Pacific coast from the elevation of 11000 ft.