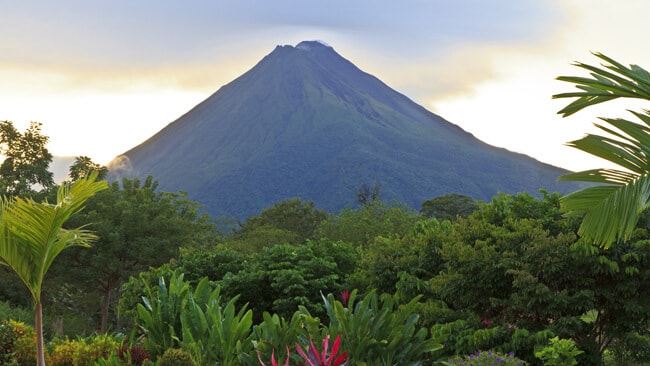 Arenal & Northern Lowlands at a Glance

Known as the adventure capital of Costa Rica, the region of Arenal has countless activities and tours for visitors of all ages. Serving as the picturesque, perfectly cone-shaped backdrop for the area, Arenal Volcano was Costa Rica’s most active volcano up until 2010. Now dormant, it is still one of the country’s most visited attractions.

The Northern Lowlands region of Costa Rica is dominated by its most famous landmark: the Arenal Volcano. Set between the border with Nicaragua, the Caribbean, and the Pacific, it offers a variety of ecosystems and, as such, a multitude of diverse plant and wildlife. Given the region’s diversity, there is no one distinct weather pattern; rather, each micro-climate has its best time to visit.

At 5,400 feet, Arenal Volcano is the most iconic volcano in Costa Rica. Considered a relatively young volcano, it is estimated to be about 7,000 to 7,500 years old and was formed by the now extinct Chato Volcano. Arenal is an andesitic stratovolcano and boasts a picture-perfect cone shape which can be seen from most of the hotels and attractions in the surrounding area. It features one crater which spans about 460 feet.

On July 29, 1968 Arenal unexpectedly erupted after being dormant for hundreds of years. This massive eruption caused significant damage, wiping out the town of Tabacon and leaving 5 square miles covered in lava, rocks and ash. After this eruption, the volcano stayed mildly active until July 2010, and visitors to the area could witness small eruptions and lava flow. Since 2010, however, the volcano has been dormant, and no lava flow or eruptions can be seen currently. Smoke from the top of the crater can still be seen from time to time.

Although it has not been active for a few years now, it is not possible to get up close and personal with the volcano. There are, however, wonderful guided trail hikes through Arenal Volcano National Park that follow around the base of the volcano where visitors can explore the dried lava fields and amazing flora and fauna in the area. These hikes are great for wildlife viewing, birding, and photo opportunities.

One of the most popular reasons to visit the Arenal and Northern Lowlands area (besides all of the adventure activities in the area) is the wonderful volcano heated hot springs that come from the geothermal activity beneath Arenal. There are many hotels that feature their own private hot springs, and other off-site hot springs that can be visited with a full-day or half-day pass.

National Parks Near the Arenal Volcano

Location: Arenal. Although it has not been active for a few years now, it is not possible to get up close and personal with the volcano. There are, however, wonderful guided trail hikes that follow the base of the volcano that take you through magnificent secondary forests and lava fields. These hikes are great for wildlife viewing, birding, and photo opportunities. Along your path you are likely to encounter quite a few wild and exotic creatures: howler monkeys, tapirs, white-faced monkeys, snakes, and many species of birds including parrots, macaws, brown magpies, and orioles. Bromeliads, orchids, ferns, palms, Ceibas, Laurel, and Guayabo del Monte are just a few of the plants and trees commonly seen in the region. The climate at the Arenal Volcano is variable. It does tend to be drier February through April although light rain gear is recommended throughout the year.

Notes: There’s no public transportation between La Fortuna and the park entrance; take a taxi from 6 a.m. to 10 p.m. The park is open from 8 a.m. to 4 p.m. and has a $10 entrance fee. While in the park, tourist movements are watched closely by the park rangers, and they will not let you onto certain trails; on occasion, rangers will close trails when they feel that they could be dangerous. 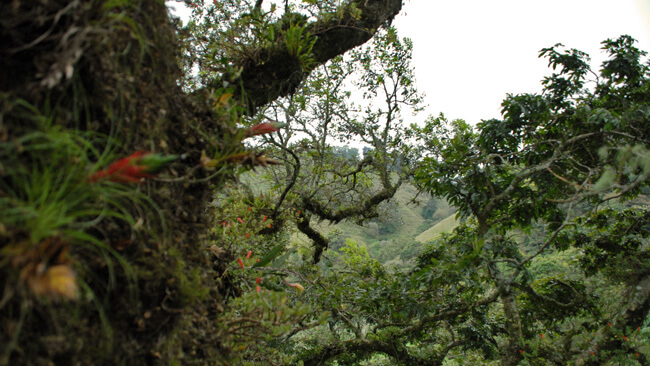 Juan Castro Blanco National Park is one of the most rugged and beautiful of Costa Rica’s nature reserves. It is also among the largest, occupying more than 35,000 acres and boasting a range of diverse terrain. The defining feature of Juan Castro Blanco National Park is its three volcanoes. These ancient mountains were formed millions of years ago, and while El Viejo has been dormant for many years, Platanar and Porvenir are active enough to create natural hot springs throughout the park due to the superheated magma that lies deep beneath the ground. Although getting here is an adventure in itself, hikers will be in their element. Numerous defined trails wind through the dense vegetation of the cloud forest, and some of these paths are located within a relatively easy hike of the park’s stunning waterfalls, offering breathtaking views of the majesty of nature.

Notes: Inexperienced hikers may want to hire a guide before departing, as there are no permanently staffed facilities at the park.. As much of the park is covered in cloud forest, temperatures can be a little chilly during the green season. The best time to visit this remarkable park is between late April and late November. 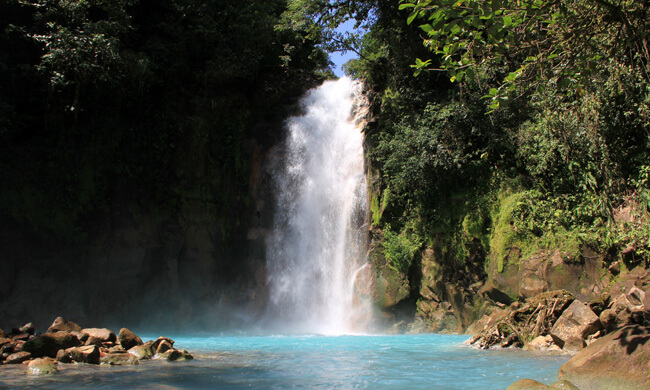 Notes: It’s best to visit between December and April because heavy precipitation during the rainy season can make some of the park’s hiking trails difficult, if not impassable. The terrain on some of the trails can be quite challenging and steep in some places, and even experienced hikers may find it takes up to six hours to navigate the route. Some of the park’s hot springs are temperate enough to bathe in, but others can be hot enough to scald, so be careful if you plan on taking a dip. 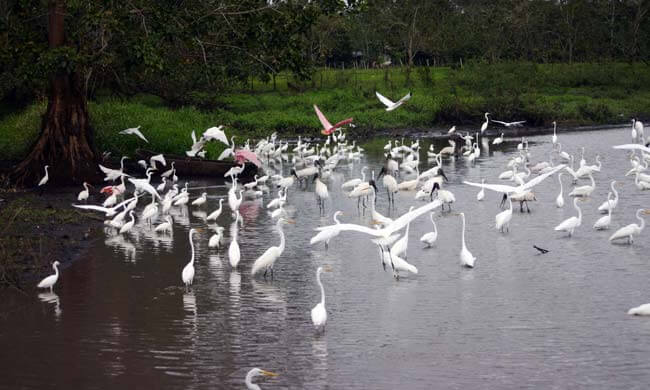 Located about two hours from La Fortuna in the northern part of the country, this refuge is a popular visit for nature lovers and ecotourists. At 25,000 acres, Caño Negro is considered one of the world’s most important wetlands due to its large marshes and vast biodiversity, including over 300 kinds of birds. One of the most unique species is the prehistoric Gaspar fish, which may be the closest you will ever get to seeing a living dinosaur.

Notes: Caño Negro is only accessible by boat from the town of Los Chiles.

As impressive as the Arenal Volcano is, it is the lake that is starting to gain a reputation among freshwater fisherman. Lake Arenal was formed when a dam was built in 1978 to provide inexpensive hydroelectricity to Costa Rica and neighboring Nicaragua. It is now the source of 12% of Costa Rica’s hydroelectric power. Originally just a marshy lowland, the 33-square mile lake is now the largest lake in Costa Rica. Fed and sustained by numerous rivers coming down from the mountains and surrounded by the Arenal and Tenorio Volcano National Parks, Lake Arenal is truly a freshwater fisherman’s dream. A morning spent fishing on this beautiful lake while listening to the howler monkeys in the surrounding rain forest – all the while the Arenal Volcano looms in the background – makes for an unforgettable fishing experience.

Without a doubt, the main target of anglers on Lake Arenal is the ‘guapote’—rainbow bass. Originally found only in South America, the guapote naturally made its way to Costa Rica and now are found in huge numbers on the lake. Besides its brilliant colors, the guapote is a ferocious fighter and makes for one of the best tasting meals you will ever find. Not to be outdone, the always bitey machaca, mojarra, tilapia, and tiger bass also offer great fishing year round.

The general consensus of experienced fisherman on the lake is that using crank baits and surface poppers is most effective in the morning and late afternoon. As always river mouths and structures like fallen trees are great spots to start. When the tropical sun heats things up mid-morning most people generally switch to trolling the deeper, cooler waters where the big guapote retreat to. Fly fishing is also productive on Lake Arenal as the machaca, nick-named ‘mini tarpon’, are always quick to hit a dry fly and put on a great aerial show once hooked.