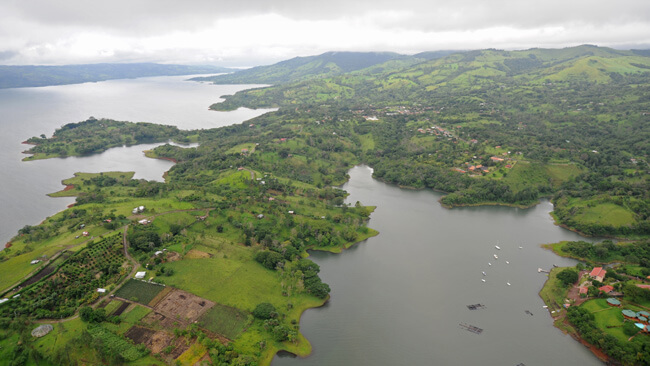 Just like in the United States, Canada and Europe, there are different types of property available to purchase: fee simple, concessions and condominiums. Understanding these various types and the implications of each to you, the buyer is critical in the evaluation process. In addition, knowing how to protect your property and the zoning laws in Costa Rica is important before signing any agreement.

The most comprehensive form of property ownership in Costa Rica is fee simple ownership. The conditions for this type of ownership are the same for Costa Rican nationals as they are for foreigners. The concept is the same in Costa Rica as in the United States, Canada and Europe; namely, fee simple ownership gives the owner of the property the absolute right to materially own the property, use it, enjoy it, sell it, lease it, improve it, among other uses, subject only to conditions outlined by Costa Rican law.

Concessions in the Shoreline Zone

In Costa Rica, a concession is defined as the right to use and enjoy a specific portion of land located on the shoreline zone for a predetermined period of time and based on a predetermined use of soil (zoning or master plan; in Spanish, “Plan Regulador”). The Government grants this right by means of a private agreement between concessionaire and corresponding municipality which is further recorded in the Public Registry. This agreement also establishes a yearly concession fee that is paid based on an appraisal performed by government financial authorities.

Costa Rica’s shoreline zone is comprised of 200 meters starting at the mean high tide mark and heading inland. The 200 meter zone is government owned; no individual or company can own this area.

The shoreline zone is further divided into two strips of land. The first strip is 50 meters (approximately 150 feet) wide and is known as the “public zone.” This zone is absolutely public and is not available for ownership of any kind. No development is allowed, except for constructions approved by government entities (i.e. marinas). Furthermore, this area is deemed public, therefore, it is available for use of any individual.

The following 150 meters can be subject to occupation or lease by individuals or companies. This is done either through a concession with the respective municipality (in case of residential and commercially exploitable portions of land) or a management Plan with the Ministry of Environment and Energy (MINAE), in the case of environmentally sensitive, low density, portions of land. In both cases, the property can be used, although not owned (same as with a lease).

Both concession agreements and management plans are entered into between private parties and the Government for a limited period of time. That ranges between 5 and 20 years, at the Government’s discretion, however most concessions and management plans are granted for 20 years. During such period, the concessionaire pays a fee for the use and occupation of such Government land. Renewal for equal and consecutive periods is negotiated between private parties and the corresponding government authority. Renewal is usually based on the concessionaire’s ability to comply with his or her commitments and obligations during the previous agreement. Such obligations include having assumed the compromise to build on, subdivide or perform other acts of development or improvement on the concession land, in which case the concessionaire will be required to obtain all appropriate permits from the local municipality.

Traditionally, the concept of “Condominium” is associated with apartment buildings and townhouses. In Costa Rica, however, there is a specific law called “Condominium Property Law” that provides a framework for development of different types of properties, including single family residence projects, finished lot projects, and vertical and horizontal property condos, among others.

This law allows a developer to restrict and regulate certain aspects of the development. Each Condominium development has its own bylaws containing all applicable conditions, restrictions and regulations applicable to owners in such development.

Condominium property ownership is fee simple ownership, but usually carries with it several additional restrictions set forth by the developer, such as architectural guidelines, land use restrictions, and other limitations that may be placed on each branch property. For the most part, condominium laws are designed to protect the integrity of a development and maintain the “look and feel” of the project. 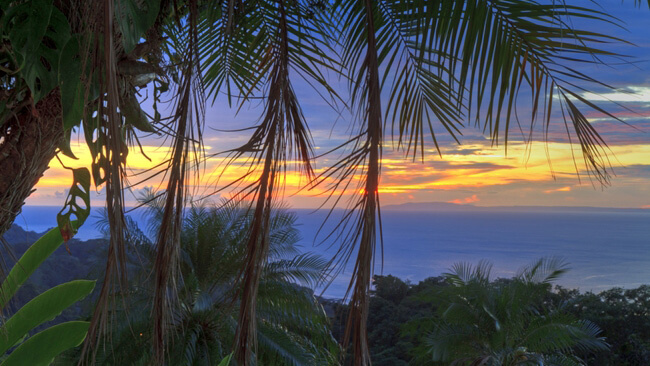 One of the greatest concerns of foreigners when purchasing real estate in a foreign country is to ensure that the transaction will be executed legally and that the system can ensure lifetime use and protection of the property. In this respect, the Costa Rican legal system does provide ample protection to investors; however, some investors prefer to secure their property with a title guaranty or title insurance.

Similar to how insurance functions in the United States, the title guaranty serves as a contract by which a third party (Guaranty Company) commits to indemnify losses due to legal situations that could affect the property, less any exceptions or exclusions from the coverage. This legal document grants the buyer the security and peace of mind that the property has free and clear title to it and is protected in the event of defect, including fraudulent conveyance of title.

The process of issuing a Title Guaranty includes the issuance of a Title Commitment prior to closing, which allows the buyer time to examine the legal status of the property and evaluate if the property is in proper condition for purchase. The final title guaranty is issued after closing and is based on the title commitment. The Title Guaranty is a new concept in Costa Rica and Latin America in general, but it has already proven to add value to initial real estate purchases, re-sales and has encouraged transparency and increased liquidity in the real estate process.

The criteria for entering into either a concession or a management plan is based on the use of soil or zoning, which is determined by the corresponding government authority. Such authorities will divide real estate into several segments based on the optimum use for which each portion of the land is best suited. Notwithstanding this, individuals and companies can request a change of use for a specific portion of land; this request must be approved by the corresponding entity.

Some of the steps that must be taken to comply with zoning regulations and engage in future development of such property include the following:

Preparation of the Master Plan. If land is located in the shoreline zone, the master plan must be in accordance with the use of soil standards set forth by the Municipality, and its approval will require the existence of a concession agreement on the shoreline zone land.

Preparation and recording of surveys for subdivision of land, both from the mother farm and into branch properties.

Approval of Master Plan before the Board of Architects and Engineers, the Health Ministry and the National Urban Development Institute. This approval may require the preparation of an Environmental Impact Study.

Entering into Construction Agreement with builder. This will include negotiation of agreement and guarantees, inspection of works and other related matters.

Preparation and recording of a Condominium Declaration and CC & R’s. Management, Homeowners’ Association, Rental Pool, Fractional Ownership and other related agreements may be applicable during this stage.

Sale of branch properties to end buyers. Based on the desired ownership and tax structures, incorporation of holding companies and other forms of ownership agreements for transfer of the title to the buyers.